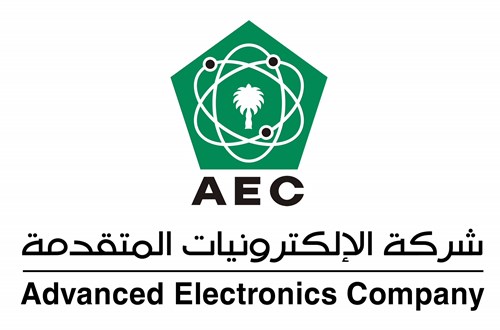 SASG 2019 is one of the region's leading gatherings for the Smart Grid sector and encompasses all aspects of the production, transportation and distribution of electricity. Now in its ninth edition, the annual event attracts more than 2,500 participants and 70 exhibitors and is attended by government representatives and members of the scientific, business and technological communities.

The conference offers a unique platform to share the latest products, services and ideas in the field of emerging technologies. As part of its participation, AEC will be highlighting a range of products including its IEC-Standard Smart Meters (ADDAD), Universal Substation Meters and Advanced Metering Infrastructure (AMI). This pioneering technology provides consumers with valuable insights on their utility consumption and helps to drive more efficient energy use and reduce operational costs for businesses.

Abdulaziz Al-Duailej, CEO of AEC, commented: “Our participation in Saudi Arabia Smart Grid will not only enable us to showcase our cutting-edge products and solutions, but also to connect with some of the industry’s brightest minds and contribute to the development of a robust energy ecosystem. As a leader in manufacturing, localization and the transfer of technology, AEC’s endeavors in research and development are driving greater efficiency and helping to secure the energy needs of the Kingdom and the wider region. We will continue to harness the power of innovation in support of the goals of Vision 2030, the government’s ambitious roadmap for a prosperous and sustainable future.” Mr. Abdulaziz Al Duailej, CEO of Advanced Electronics Company, received today Mr. Turki Al-Jawini, Director-General of the Human Resources Development Fund (HRDF) at AEC’s headquarters. Mr. Turki Al-Jawini visited the company to learn about its capabilities and solutions in the field of information and communication technology (ICT) as well as to discuss ways to strengthen and develop the future relationship between the company and the Fund.

Knowing that Advanced Electronics Company represents one of the most important enablers for digital transformation, and one of the largest incubators for trained Saudi talent where the company employs more than 2,100 highly qualified employees, more than 80% of whom are Saudi nationals with leadership and executive positions. Riyadh, 25 November 2019: The Advanced Electronics Company (AEC), a Saudi Arabian Military Industries (SAMI) company, won the LinkedIn Award for Best Development, Training, and Learning Culture among more than 1,000 companies in the Middle East and North Africa. The award is a culmination of the company’s efforts as an incubator of outstanding talents who are trained in accordance with the best training and qualification methodologies in the Kingdom and the region.

LinkedIn presents this award to encourage HR departments in companies and institutions interested in using the solutions and activities on its platform. It works on developing talents and offering valuable training programs that enhance the capabilities of employees and meet their needs as an influential segment in providing technical and administrative solutions in the fields of Best Learning Culture, Best Social Employee, Rising Star, Best Talent Acquisition Team, Best Brand, and Leading Talent Analytics.

AEC’s win came after the LinkedIn team analyzed the performance, results, and impact of more than 1,000 organizations across the MENA region in finding, hiring, and developing outstanding talents using LinkedIn Solutions. The company was chosen as a final candidate for this year’s Best Learning Culture awards, and the final announcement came in November 2019 with the company winning first prize and the prestigious HR award.

AEC CEO Mr. Abdulaziz Al Duailej expressed the company’s happiness with this impressive win, which culminates the company’s ambitious plan to attract Saudi talents and develop their skills through world-class training programs to build a remarkable team that drives the company to success and strengthens its famed efficient and high-quality project execution. He noted that this meets the company’s aspirations as a leader in the fields of electronics and industries working within an advanced military system aiming to develop military and logistics industries in the Kingdom.

Senior Vice President of HR Eng. Abdullah Al Qadi noted that this award reflects the company’s efforts in training its talents and creating an environment that encourages development and innovation in line with the needs of the job market as well as rapidly changing technologies. He added that the company is proud to be an incubator for technical and administrative talents and the valuable expertise of more than 2,100 employees, more than 80 percent of whom are Saudis. In addition, the team includes more than 300 trained, qualified and certified Saudi engineers working across the company’s different departments. The Advanced Electronics Company was honored today for being the diamond sponsor of the Saudi International Maritime Forum along with the Saudi Arabian Military Industries Company (SAMI) and SAMI Navantia.

Dubai, UAE – 21 November 2019: Reinforcing its preeminent position in the regional electronics, technology and manufacturing industry, Advanced Electronics Company (AEC) a Saudi Arabian Military Industries (SAMI) company, today concluded its successful participation in the 2019 edition of Dubai Airshow, with a number of important strategic announcements and strong visitor interest for its latest defense and aerospace solutions and services on display.

In addition, AEC highlighted its comprehensive suite of advanced Avionics, Electronics, C5ISR products and services, and Electronic Warfare. The company also highlighted its Maintenance, Repair, and Overhaul (MRO) and Manufacturing (MFG) capabilities at the biggest aerospace event in the Middle East, Asia, and Africa.

Abdulaziz Al-Duailej, CEO of AEC, said: “AEC’s successful participation at Dubai Airshow represents a major leap forward in its drive to playing a leading role in the building up of a sustainable, self-sufficient military industries sector, creating employment opportunities for the Saudi youth and contributing to the objectives of the Kingdom’s Vision 2030 plan. Leveraging the deep and exclusive insights we gathered from the event, we will continue to innovate our systems and solutions to help increase the country’s military readiness and enhance its strategic autonomy.”

“We also look forward to successful collaborations with our new strategic partnerships to pave the way for the transfer and localization of technology to facilitate the development of indigenous capabilities in line with our commitment to driving the Kingdom’s vision to localize 50% of its military and security spending by 2030”, added Al-Duailej. AEC’s VIP visits for the last day at Dubai Airshow

The last day of the Dubai Airshow continues to witness key visits by eminent personalities to the Advanced Electronics Company’s booth to explore its capabilities in the military industries sector and to learn about AEC’s latest solutions in this sector.

His Excellency Staff Lt. General Hamad M. Thani Al Rumaithi, Chief of Staff of the United Arab Emirates Armed Forces, and His Excellency Matar Al Dhahri, Undersecretary of the United Arab Emirates Ministry of Defence, took a tour of the Company's booth and were briefed on its advanced portfolio of Avionics, Electronics, C5ISR, and Electronic Warfare products and services.